Buy Factory Direct with No Middle Man and No Dealer Costs!

MAXIMIZE self storage USAGE… Miller Building Systems Relocatables can maximize property usage for your self storage business, increasing cash flow with seven year depreciation. Miller mobile storage units are available in a variety of sizes and colors. The units do not require foundations, and can be placed on stone or asphalt for immediate use. Miller Relocatable customers include U-Haul™, Public Storage™ and Devon Storage.

Relocatable Mobile Storage Units for the Self Storage Industry

Relocatable prefabricated steel buildings fill in gaps and push occupancy over the top.

Most facilities have gaps—vacant, unused space in setback areas, utility easements, parking lots or other spots that for whatever reason never made it into building plans. Operators with growing waiting lists often wish for ways to fill these gaps and push occupancies past 100 percent. One solution is prefabricated structures that can be dropped off and rented—in a snap.

Relocatable buildings can be placed temporarily or permanently. Unlike movable PODs or mobile minis, they perform like traditional buildings, but without a foundation system. Instead, they rely on an integrated floor system constructed with steel or pressure-treated lumber.

The first generation of relocatable storage buildings was created out of old sea containers or tractor trailers that were retrofitted with storage doors. Fortunately, they have evolved to resemble typical self-storage design, blending in well with existing facilities and complementing modern construction.

The structures are most cost-effective when placed on an already-existing hard surface, eliminating excavation and circumventing construction issues. For example, several relocatable buildings were the perfect choice for expansion at Philly Self Storage in Pennsylvania.

Operator Gary Ott already had a successful conversion running. However, his construction-contractor tenants needed outside units to store large equipment. The facility had a large paved area, but the soil was contaminated, eliminating any options for excavation. Ott ordered relocatable buildings and, using the existing black top, added more than 6,000 square feet of rentable exterior-access units, meeting customer demand efficiently.

Self-Starters
Relocatable buildings are also great for testing future self-storage sites. Many self-proclaimed storage entrepreneurs have ordered modules to get a feel for the market before a total property transformation.

Tom Brownell of Mattapoisett Self Storage in Massachusetts had reservations about closing his legendary 30-year-old boat-hauling and storage yard and converting it into self storage. Instead of taking a flying leap, he took baby steps and added 2,000 square feet of relocatable storage buildings alongside his existing warehouse.

“I was renting the units the same day they were dropped off, without any advertising or signage,” Brownell says. His first tenants were the same ones who stored their boats at the site. When they noticed the easily recognizable self-storage doors popping up on his site, they lined up. Before he had numbers on the doors, his units reached 100 percent occupancy.

After filling the units in a few weeks, it was obvious demand was abundant. Brownell moved forward with his dream to build a traditional storage building, including climate control and sliding glass doors.

In urban locations, relocatable buildings perform well in land-lease situations, allowing storage owners to take businesses elsewhere as necessary. The relocatable buildings can be up and running in a fraction of the time it takes for traditional construction, usually ready to rent in six to seven weeks.

The only site requirement for the buildings is placement on a level and compact surface—gravel, compacted stone, existing asphalt, recycled pavement, even abandoned tennis courts will do. Temporary buildings on impervious surfaces don’t reduce green areas, and require no storm-water management responsibilities.

Permits can usually be obtained quickly for temporary storage modules because they are self contained and not new construction. Still, it’s always advisable to check property zoning restrictions and investigate the required application process.

Relocatable buildings, because of their compactness, are more expensive than traditional on-slab construction and competitive with similarly sized expansions. However, costs are recovered more quickly. Public Storage in Bronx, N.Y., added 3,000 square feet of additional storage on a Saturday morning, moving customers in by afternoon. To help defer costs, some owners denote buildings as equipment to take advantage of accelerated seven-year depreciation. In many markets, premium rental rates help pay off the structures in less than three years.

Back to the Future
Relocatable structures debuted in self-storage in the late ’80s, prompting many in the industry to place bets on whether the modules would survive the self-storage revolution … and they have. While alternate designs for portable structures come and go, owners are increasingly looking to use them in new and creative ways.

The variety of applications for the relocatable buildings is endless. They will never eliminate on-slab buildings but will continue to be a creative choice for the aggressive developer looking to go over the top—100 percent occupancy and beyond. 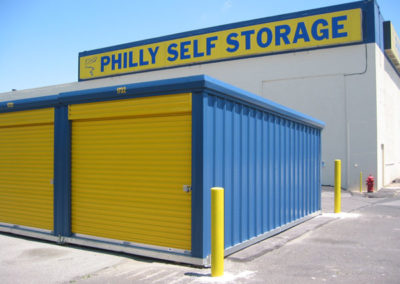 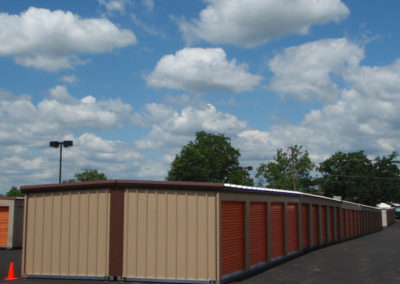 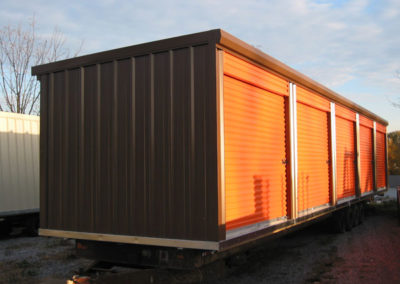 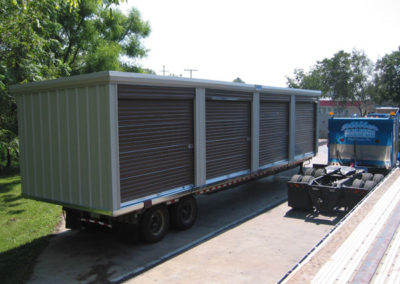 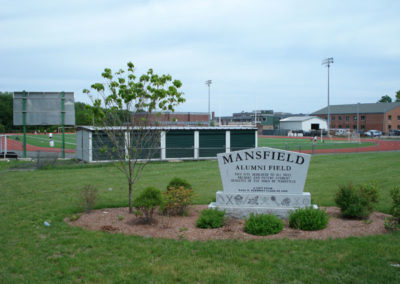 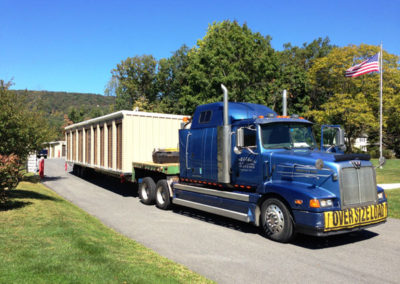 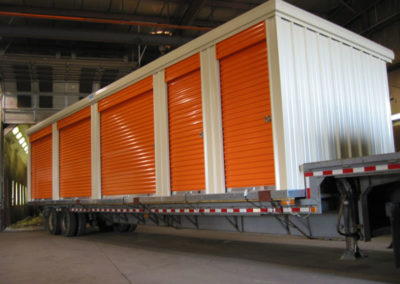 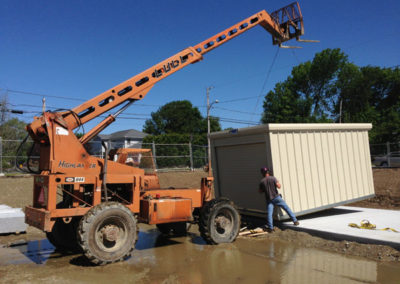 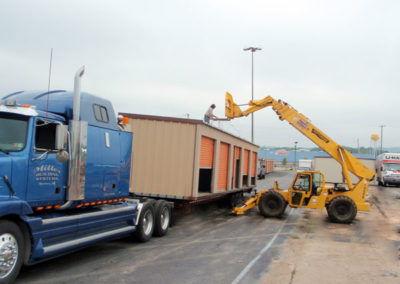 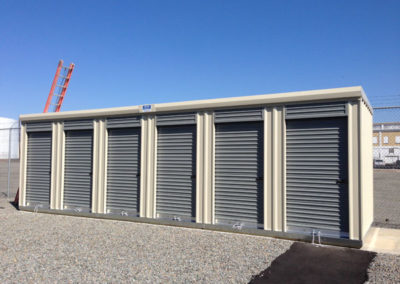 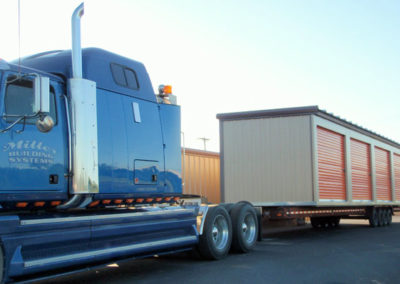 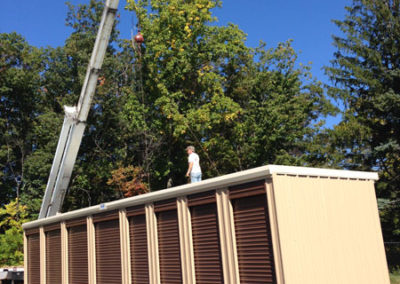 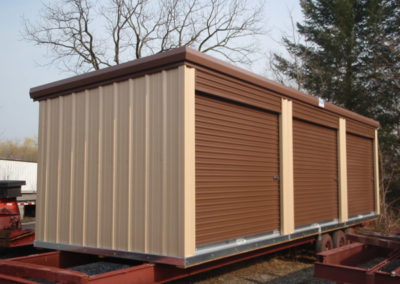 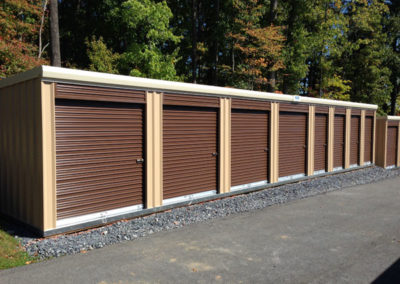 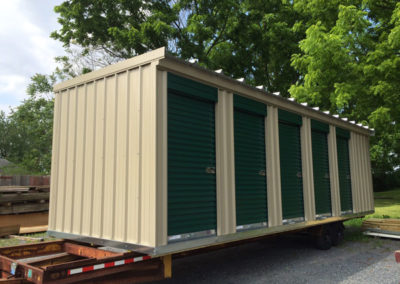 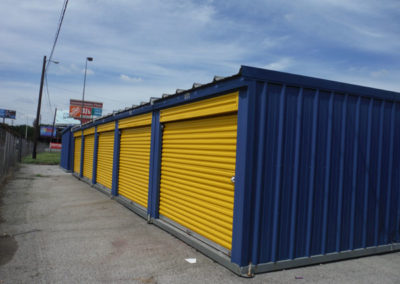